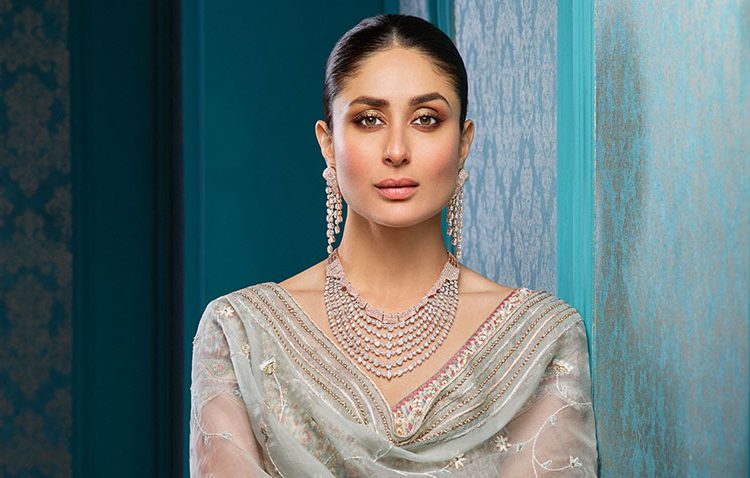 The new bunch of stylists exhibit their skills in creating unusual ensembles for the celebrities. Instead of opting for the traditional method of pairing an Indian garb with ethnic jewellery, we get to see an array of contemporary accessorising options. With a keen eye for appreciating such successful creators and leaders of fashion, we list some Indian fashion icons who have created their trademark styles.

The Queen of Bollywood or as she is fondly known, the Begum, Kareena Kapoor Khan carries off royal chic. Her ensembles exhibit grace and feminine elements in coherence with her personality. Every sight of her fashionable appearance is a strong reflection of her unique style quotient.

Best known for her traditional ensembles, actress and politician Kirron Kher has an inimitable style. Upholding the handicraft heritage, she is usually spotted in elegant ethnic ornaments. The veteran actress showcases her confident style by teaming chunky gold and silver jewellery with traditional woven saris.

Complementing her sumptuous personality, this picture shows her in a dazzling ensemble paired with a multi layered beaded chain of 22 carat gold. Complementing this are a Nakshi broad bangle and heavy gold earrings.

The evergreen actress and social activist Shabana Azmi is associated with a classic style. Going against the usual allure of ephemeral fashion, the actress has been observed successfully sporting her signature look.  Pairing earthy shades and textured garments with ethnic silver and gold jewellery, the veteran actress carries an unparalleled style.

In coherence with her mesmerising personality, the senior actress has been spotted flaunting her aesthetic sense with antique chokers in ruby beads with a heritage pendant paired with matching earrings.

The dusky beauty with an imaginative style, Nandita Das has created her signature look equilibrating her personality. With denseBlog_img_10 kohl contours around her eyes and woven garments, she is often seen flaunting her love for silver ornaments. Carrying a simplistic charm of minimalism, she plays it cautiously with statement earrings and chokers.

Representing India on a panel of judges in Cannes, the talented actress sported a beautiful set of gold ornaments consisting of a choker, balis and maangtika teamed with a blood red saree.

Vidya Balan is one of the new age actresses carrying ethnic ensembles with aplomb. In the world of contemporary fashion, theBlog_img_11 actress opts for the old world charm to create her style quotient. Accessorising traditional saris with striking gold ornaments, the actress is known for taking the ethnic charm a notch higher.

Redefining the traditional ensemble look, Vidya Balan was spotted at the MAMI festival in a bright hued silk sari paired with a multi-layered gold necklace.

Apart from being the most idolized Indian tennis player and a Padma Shri holder, Sania Mirza is also known as a style icon for Blog_img_12many. With a keen taste for embracing fashion, Sania flaunts a cutting-edge style quotient. Sporting a great interest for jewellery, she has been spotted carrying striking pieces with contemporary patterns.

The tennis star known for her flair for statement earrings is often spotted pairing her outfits with Gold and Diamond dangler earrings.